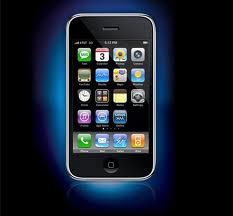 Ok, I was intrigued when I cam across the  MLMipedia app.

Now we all know that network marketers are sometimes considered the bottom feeders of the business world, which is why I was a little surprised to find out that a company would put out a mobile app to help the network marketing industry (you can read the press release here).

Mlmipedia, (the name could’ve been a little easier to say and spell), is supposed to help those people who are searching for a network marketing company to join. Their app is supposed to tell prospects the annual sales, costs to join, and what not in order to help them make a decision about which company to partner up with.

The other part of this app is that if you’re a rep from a company you’ll be listed under that company…in your respective state. They will allow only one rep per company per state as their press release states. The cost of a rep to advertise at this point is $10 per month – which is not too bad if it truly does generate leads.

The pro version of MLMipedia costs $3.99 at itunes and the lite app is free.

As of this writing there are now 55 companies listed so far which includes 5Linx, 4Life, ACN, and AdvoCare.

MLMipedia Pro allows users to filter the business opportunities whereas the lite version doesn’t include features such as sorting based on annual sales, company name, sales, etc…

Is It Worth It?

I would take a guess and say there aren’t too many sites or even apps for that matter that lets prospects 1. Look up a company 2. Find a rep in their own home state to partner up with.

Npros.com does have something similar where you can look up info on companies but I’m not sure of the functionality of the mobile version of this website.

However, from what I remember it’s not done exactly the way MLMipeida does it.

Here are some thoughts I’m thinking about this app…

Do prospects search for companies on their mobile phone?

Will prospects pay for an app that helps make their search easier?

Prospects do sponsor shop, so how much does it help to be listed under your state? Is it worth the $10/mo? How many people search for a rep in their state?

Who knows where MLMipedia will be a few months from now. It does get an A for effort.

What do you think?

Welcome to Internet & Network Marketing Training. My goal here is to share tips, tricks, and few secrets to getting traffic...and ways to increase the profits in your business.

Yes, you can do this - and I will show you how!

P.S. Bookmark this site and check back often! :-)

This blog contains affiliate links which means I may get a commission if you make a purchase.

How to Get People to Join Your MLM Company
What is Multi Level Marketing and How Does It Work?
Can You Advertise Your MLM on Facebook?
Instagram Marketing Tips For Businesses
This Website Uses Cookies to Improve Your Experience. We'll Assume You're OK With This, But If You're Not, Do Not Use This Site.
Accept Read More
Privacy & Cookies Policy
Necessary Always Enabled