Thanks for stopping by!

Poke around and contact me if you have any questions!

This blog contains affiliate links which means I may get a commission if you make a purchase.

If you’re looking at switching systems or investing into the best MLM prospecting system, then these are the important things you’ve go to know right now… 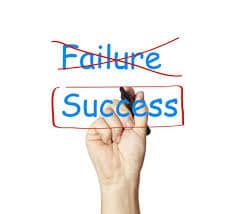 As a home business owner on the Internet, there’s only two things you’re really worried about:
1. Getting enough traffic to your websites
2. Making money

As the Internet becomes a busier place these days, and as the competition heats up, there’s a third element that must come into play if you truly want to stand head and shoulders above the rest.

And that’s creating value upfront with your prospects so that they want to hear more from you…and in turn join your list and ultimately buy from you.

Well, if you keep giving value you will build a relationship with the people on your list (i.e. in your marketing funnel).

So, how do you build value?

You build value by engaging with them and ponying up useful content like tips and resources they can actually use in their business.

Your list grows to like you and trust your recommendations and in due time form a relationship with you.
There are no shortcuts to this. It’s called “give to get.” If you don’t want to help people solve their issues and problems, why would you expect them to open up their wallet to you?

Now all of this sounds simple enough, but where does a system like My Lead System Pro (MLSP) fit in with this?

And what makes it different from all the rest of the marketing systems out there on the web?

Let’s answer that question, shall we?

Best MLM Prospecting Systems – Is MLSP is Just Another Brick in the Wall?

Look – we all know the ‘net is crowded with systems that promise the moon and the stars but then don’t deliver.

How about those systems that promise to make you a lot of money but don’t give you any valuable content to use, traffic training, or lead capture pages that really work.

These system owners give you nothing to work with.Trying to make money with systems like that is like pulling teeth because there is no value.

And the only way to make money is by selling someone else the “dream system” that you bought into that you know darn well isn’t worth a hill of beans!

No wonder skepticism runs high whenever a new product, or system comes out in the marketplace. You’re tired of getting “taken” for a fool…and so are a lot of other people too.

I think it’s the coming of a new age where the wise and savvy marketers are starting to really “get” it. MLM Lead System Pro (aka My Lead System Pro), is designed for the marketer who wants to become an entity on the Internet.

It allows you to cast a wider net of prospects and become the “go-to” person for help in network marketing.

MLSP is a system that makes it easier even if you joined a network marketing company five minutes ago because they give you content, marketing funnels, and lead capture pages you can use. And most importantly they really work.

You can have a sliver of a piece of pie, or you can have the whole pie.

If you’re not getting in front of all network marketers even the ones who already have a business opportunity, you’re leaving money on the table. It’s really as simple as that.

Now don’t get me wrong…I do market to that sliver of people but the vast majority of marketing is to the whole pie because that’s where the money is made a lot easier and faster.

And you’re not doing yourself any favors by turning away the majority of people you run to online.

Lets be clear, showing them your biz opp when they already have a business isn’t helping them – it’s helping yourself.

Nearly most systems (even those touted as the best mlm prospecting systems) you see out there don’t do a good enough job of helping you be seen as an authority figure with something of value that can help people.

My Lead System Pro right from the get-go does give you “street cred” so it builds you up as to someone people should pay attention to.

So, if you’re having trouble getting people interested in you and what you’re offering, or your non-mlsp system, you have to look carefully at the message and value you’re putting out there.

I know Internet marketing and traffic generation can become quite complicated with all the moving parts, but if you use a good system that works (and MLSP does because I’ve used it and continue to use it) it makes it easier for you to build your list, get upfront income, and in turn build your primary company.

Here’s The Other Side – MLSP is Not Just For Beginners

Whether you’re a beginner marketer, or a serious attraction marketer and list-builder…(you’re driving lots of traffic to your lead capture pages), you’ll appreciate the fact you can hook up your autoresponder service into this system and build your list literally on autopilot.

It’s no longer a two-step process like with other systems.

If you’re an advanced marketer who likes to build custom funnels, you can create a custom email campaign and hook it up to the lead capture pages that’s already created for you in MLSP or just customize your own lead capture page if you’re so inclined.

Are you a busy person?

If you have a downline underneath you and you don’t have the time to find out the latest and greatest marketing techniques that are working right now, you’ll be relieved to know that you have a library of training at your fingertips on some of the most popular traffic generation methods.

What’s even better, is that once you learn these techniques, you can then turn around and teach them to your team members.

How’s that for building up your authority image?!

And you want to begin to put it into action, then this MLM prospecting system is a lofty system worth its weight in gold.

If you’re lazy or impatient, then this is definitely not the system for you (nor is any other for that matter).

All those other systems out there may work a little or not at all and may just end up a big waste of your time.

Systems like MLSP that give you lead generation training, content, lead capture pages, and builds your authority image just work a lot better than most out there.

Why waste time and money when you don’t have to?

And the smarter marketers have figured out they don’t have to. Where do you stand?

CRUSH Your Competition by
Using This Simple $7 Funnel!

This website uses cookies to improve your experience while you navigate through the website. Out of these, the cookies that are categorized as necessary are stored on your browser as they are essential for the working of basic functionalities of the website. We also use third-party cookies that help us analyze and understand how you use this website. These cookies will be stored in your browser only with your consent. You also have the option to opt-out of these cookies. But opting out of some of these cookies may affect your browsing experience.
Necessary Always Enabled
Necessary cookies are absolutely essential for the website to function properly. This category only includes cookies that ensures basic functionalities and security features of the website. These cookies do not store any personal information.
Non-necessary
Any cookies that may not be particularly necessary for the website to function and is used specifically to collect user personal data via analytics, ads, other embedded contents are termed as non-necessary cookies. It is mandatory to procure user consent prior to running these cookies on your website.
SAVE & ACCEPT
Loading Comments...